Fashion, a concept that seems so close at hand today was not always so. It is, in fact, Yves Saint Laurent who reinvented fashion. First, he democratized high-fashion by making it accessible through the ready-to-wear. Then, he gave women new shapes. He enabled them to be, and feel at ease in her clothes. (This was not the case during the decades and centuries prior to the 1970’s). Women started wearing trousers, à la “tomboy”. Women became daring and stepped foot in a world where power was still very strongly ruled by male power.

Amazing movie. It takes you straight back to the 1970’s whether you focus on the film type of movie images, the time period or the post-production choices. I think of the mosaic used several times in the movie. It would part the screen in many different points of views, enabling the viewer to see close-ups of the outfits: one screen focusing on the shoe, while another shows the entire silhouette of the model cat-walking and another reveals Yves Saint Laurent peeping out the backstage curtain on his public’s reactions.

What are women before Yves Saint Laurent?

Women are a being whose body is beyond the physical. Women are primarily a concept. They are a body whose implications extend outside its boundaries into a social body. Soon, women became the subjects for inventions destined to control them. Because the responsibility of all rests on a woman’s shoulders: her own, but is also implied to her, that she is responsible for those around her. She must respect those older than her, behave in society and she’s responsible for her children but also for her husband!

We already know the suffering they endured throughout history, but the physical pain was not only caused by the various punishments. Fashion was a continuation of this long heritage. The only difference resides in the fact that women took more pleasure into it than for other chores.

However, fashion is not limited to put on accessories and clothes that go well together (like nowadays). Garments are the extension of the body, and therefore, of the person. Before Yves Saint Laurent, women showed restraint, self-punishment wearing corsets, either to hide their breasts in shame or on the contrary, exposing them in off-neckline cleavage! Women were always the subject for criticism. Fashion evolved according to women’s place in society.

Thanks to Yves Saint Laurent, women seem to finally take their place. Yves Saint Laurent’s “modern woman” is a woman who stands her ground, is independent and who grasps the extent of her power. The Y woman is a beautiful woman, sure of herself and who uses her outfits so they adapt to best suit her, rather than she complying with fit in her outfits. Her wardrobe is now also composed with trousers and suits. Femininity is no longer required to behave, it is free to exhibit a masculine power in new materials.

© Text by Nancy for OUAStylist 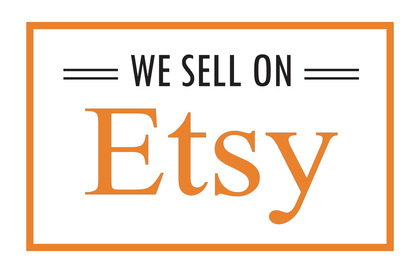